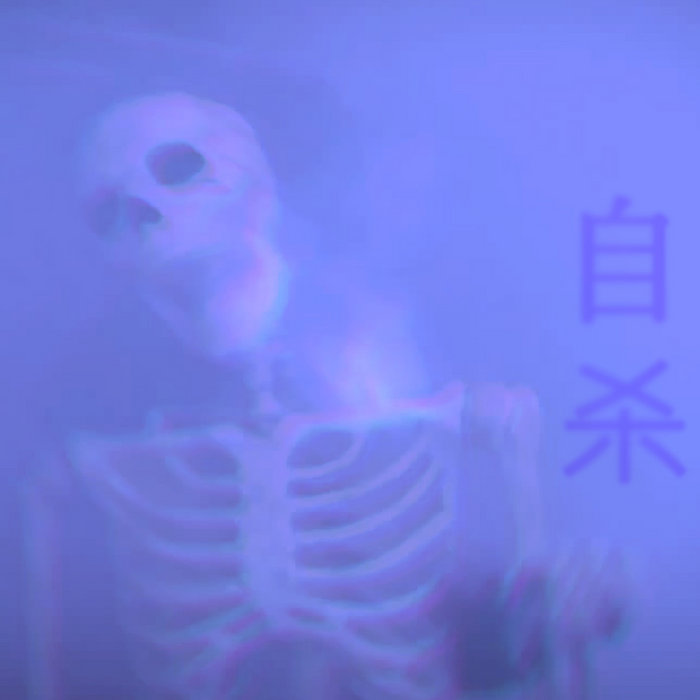 samuel.wav Ghost is such an amazing song. I cannot believe that I was able to get my dad into this album. This is his favorite song lol. Favorite track: (ghost) - 鬼白.

chilisamurai Hushwave is a good name. This album is reminiscent of the band "sleep party people". Its very dream like, slow, and toned down, with whispered echoing vocals. Like floating through a storm cloud in another dimension

sir_munshew With a relaxing and minimalistic sound, yet haunting and unsettling at times, this release accomplishes to put you in a state of mind of total disconnection from the real world, feeling absorbed by a cloud of echoing vocals and distant synths. Favorite track: (hidden) - 隐藏.
more...

This release was a little unsettling to me at first. It takes a different direction than the first album, in that, it achieves being both more haunting and creepy, while at the same time being more beautiful and relaxing. It seems that this release uses all female vocal samples, which adds to the airy and ghost-like soundscapes it creates. The songs conjure a thick fog of atmosphere and uncertainty, vaporous in its release, like the depiction on the cover.

I believe this album is a perfect culmination of what the artist was trying to get across with their tag "hushwave" that I have never heard before.

"A step too far and I find my way
Falling to my knees because the emptiness remains
The lights are so bright, I must close my eyes
I indulge once more as tears fall and she cries

Life is a burden I cannot bear
The barrel of a gun, a blank-eyed stare
Razor blade on the mantle, a cup full of pills
I tried everything once but nothing fulfills

Scars on my arms, self-mutilation, perhaps
I could get out of bed now, but rather take another nap

Scared to death of death itself and nowhere to turn
I hope I find solace before it's too late to learn."

Along with this quote, which can be found in one of the songs:

"Wish I could write songs about anything other than death."

I have tried many times to contact b e g o t t e n 自杀 by email, even at the cost of spamming the original email address from which the albums were sent. I have yet to receive an email reply. I thought all hope was lost in ever contacting this person again. That is, until I got a letter in the mail just three weeks ago.

The envelope was a beige color in lieu of the traditional white and the address, both sending and return, was printed from what seemed to be a type-writer. It felt heavy to be only a letter. I had no idea who it was from, as the sender's name was typed as "B. D. W." and the address was from somewhere in the middle of Georgia (the state, not the country) I will not be giving away any addresses as I don't wish to dox anyone, but this address seemed to have significance -more on this in a bit.

I went back into my apartment and opened the envelope, curious, but thinking nothing of it. But what was inside sent shivers down my spine; another envelope. This one was badly damaged. The addresses were written in red ink, and the return address? Baku, Azerbaijan. I nearly dropped the envelope, I was so excited. I carefully cu tit open, using a knife. My hands were shaking. Inside, there was a single card, thicker than paper. It read "You're Invited," in big cursive letters, like something you would get at a Hallmark. Below, there looked to be a fingerprint in red ink, or possibly blood. An address was given, again, in Georgia. At the botton, scribbled hastily was the word begotten.

And that was it. No date. No details on what I was being invited to.

Quickly, I pulled up google on my computer and looked up the first address, on the outer envelope. That was when I got a little scared. The address was a state mental institution in the state of Georgia. The building looked old and worn down, but according to google, it was still active. My breathing shortened and I had to pinch myself. Was I in the middle of a horror movie or something? Some kind of prank?

Next, I looked up the address from the "You're Invited" card and nothing came up at all. I searched for a while to no avail and decided to download Google Earth. I pulled up the exact address and zoomed in to find a small graveyard with several mausoleums in central Georgia. I looked back at the card and decided that it was definitely blood leaving the fingerprint, not red ink.

Again, these are just some possibilities that I am trying to wrap my mind around. At this point, any of them, or NONE of them, could be true and the truth could be something else entirely. If anything, this recent development has at least revigorated my hope that b e g o t t e n 自杀 is still alive soemwhere. Do I have the blood tested for DNA? Do I dare go to either of the addresses in Georgia? Do I try to find someone to go their for me? (it is quite far from where I live in North Dakota) Right now I am still considering my options.

I will continue to release these albums. They still speak to me on a deep level, and I hope others can get something out of them as well.
So for now, sit back, relax, and enjoy (hushwave) - 治愈它 by the mysterious b e g o t t e n 自杀