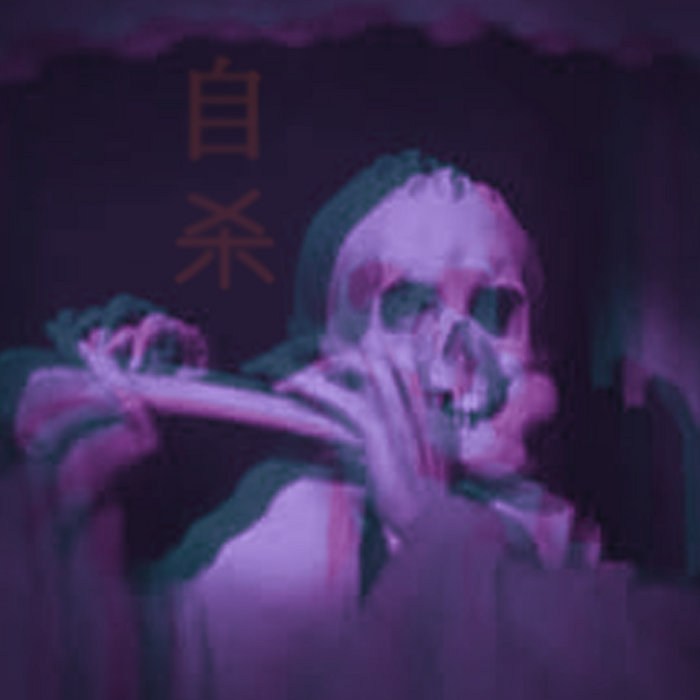 samuel.wav I mean its grimes, I loved this song as a kid. It was nice to hear it again in this work of art. The darker undertones were really nice to hear. Very eerie. Favorite track: (unknown) - 未知.

Miles Upshur Haunting and mournful, but yet I have made a home in this album. Favorite track: (sagittarius) - 射手座.

The next release in the b e g o t t e n 自杀 saga is here: (phantom psalms) - 幻影诗篇

This release strikes me as the "low" point of this artist's life. Not low as in quality, but low as in rock bottom depression. If hushwave was the light and airy, even vaporous, release, then this is the heavy, slow moving, hulking counterpart. They are the sounds of a mad person; someone who had gone off the deep end.

From the onset of the very first track, my heart felt like it had a weight pressing into it. Like sleep paralysis, I was terrified and yet my body completely relaxed. From the choice of chords and textures of the samples down to the lyrics, this album hits me probably most hard of all the b e g o t t e n 自杀 releases.

"A ghost is a being sent to remind
A creature of memory, outside of space and time
It returns with a vengeance, won't leave me alone
Just as happiness finds me, my honesty is blown

Another year will I last? A decade or two?
Every day is a curse, but somehow I get through
A friend is a pawn, a lover the same
Another piece of my life, just a game

I'll lose soon enough, I'll fall to the rest
Inside I have lost, I've failed the test
I deserve to disappear, and be forgotten at last."

Along with this quote, which can be found in one of the songs:

From my last excerpt, I have yet to receive any more communication. So I had to investigate further the item I had gotten in the mail previously.

When they facetimed me, they were in the middle of a beautiful graveyard. I could see the stones and trees in the background. They informed me that they couldn't find anything of interest, but I asked them to just look a little bit longer - since they had already gone through all that trouble.

I knew there had to be something, anything, there.

My friend was alone and the connection wasn't the greatest, but they agreed. As the sun began to set, they walked along each line of headstones and showed me everything they could see. I watched from my office, focused and just wishing I could have made the trip myself.

He kept telling me, "It's just a graveyard, man. Whoever it was it probably just fucking with you." But I didn't want to believe it.

"Just keep going. Walk through the whole thing," I told him. And so he did so.

I wished I had just one more email or anything to help explain the letter and what it meant. But I had nothing to go off of.

My friend reached the last row of gravestones (according to him) and we'd found absolutely nothing. When he turned the camera to leave, I spotted something.

"What was that?" I yelled, nearly spilling my drink.

Behind him, on the only road path that led into the cemetary was an all black car. I swear it hadn't been there before and it wasn't my friend's.

His face fell from a joking and light expression to fear. He hadn't notice that car before either.

"I'm not going anywhere near that!" he told me.

I begged him to talk to them, to maybe knock on the window or at least wave, but he refused.

The car didn't move and the windows were tinted so dark that it was impossible to see if anyone was inside.

By luck, the connection started to downgrade and the picture became blurry. The black of the car smudged the screen, mixed with the greens and greys, painting the screen with its bad connection.

Next the audio cut in and out. I only got one more flash of something distinguishable before it completely disconnected. I couldn't tell if my friend was smiling or screaming. The still frame left me anxious and worried.

I tried calling over the next few days and it seemed that his phone was off or had no connection.

The next week, I called and was horrified to find out that his number had been disconnected completely, his facebook deleted, and any form of contact erased as far as I could tell.

I called the police station after that and gave them all the information I had. Not three days later, I get a call.

He acts as if nothing had happened, as if he checked out the graveyard and there was nothing there. I ask about his phone, his time away, and his facebook. But he brushes it all off as in my head. He says that he'd been busy, there must have been a problem with his provider, and that he had gotten tired of facebook so he deleted it for a while.

At this point I didn't know what to think. I knew the only other place I could get a clue from was the place that the envelope I received. The mental institution. I mentioned the possibility of my friend going to check that place out as well, but he said he was busy.

He hasn't contacted me since. I plan to figure out more on the mental institution from which the letter I received was addressed. And of course, I will be checking my email, waiting for contact of any kind.

Please enjoy this album; to all who can handle something dark, heavy, and truly vaporous. Please enjoy (phantom psalms) - 幻影诗篇 by the ever enigmatic b e g o t t e n 自杀

Made in the UK.